Close the slide out panel

Medical Debt is Getting Better

Changes coming on how medical debt is reported

Beginning in July, paid past medical debt will be removed from credit reports from TransUnion, Experian and Equifax

Most people never make plans to end up in a hospital emergency room because of an accident or other unexpected event. They also typically don’t have time to shop around for the lowest price on the medical care they need as a result of the urgent or life-threatening situation, especially if they are away from home.

Big bills for unplanned ER visits – and resulting surgeries – can financially sink someone who doesn’t have hefty emergency cash reserves or is underinsured.

The burden of medical debt looms large for millions in the U.S. Anyone who has ever received one of those “this is not a bill” statements from their insurance company or tried to muddle through the codes on a hospital website to figure out how much their back surgery might cost likely knows that medical billing, credit reporting and collections are often confusing and sometimes plagued with errors. 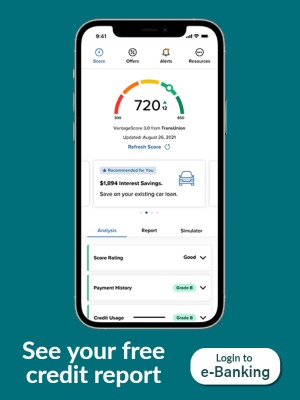 Bills for medical services that wind up in collections and then on credit reports, according to the CFPB, are often not indicative of future repayment of credit. Unfortunately, medical bills placed on credit reports often result in less access to credit for consumers, an increased risk of bankruptcy, the avoidance of needed health care, and sometimes difficulty securing employment, even when the bill itself is not accurate.

For those reasons and others, the CFPB published a report in March 2022 on medical debt that found the credit records for U.S. residents hold some $88 billion in reported medical bills (as of June 2021). On March 18, three major credit reporting agencies – Equifax, Experian and TransUnion – together announced changes to how medical bills would be reported on those credit reports.

Help is available for those who are having issues resolving a medical debt or facing a problem with other consumer financial services. You can submit a complaint with the CFPB online or by calling 855.411-2372.

Want to instantly see your credit score and report along with personalized tips on how to improve or maintain an already great score? Access that and more, free in e-Banking!

Article written by Jean Chatzky with reporting by Casandra Andrews.

You are navigating to another website. Community Choice is not responsible for any content within and does not represent either the linked website or you, should you enter into a transaction. The inclusion of any hyperlink does not imply any endorsement, investigation, verification or monitoring by Community Choice of any information in any hyperlinked site.

Because there is a risk that information transmitted via Internet email could fall into the wrong hands, Community Choice suggests that confidential information, such as account numbers or Social Security Numbers, not be transmitted via email.

If this information must be stated, please contact Community Choice Credit Union us at 877.243.2528 or visit your nearest member center.